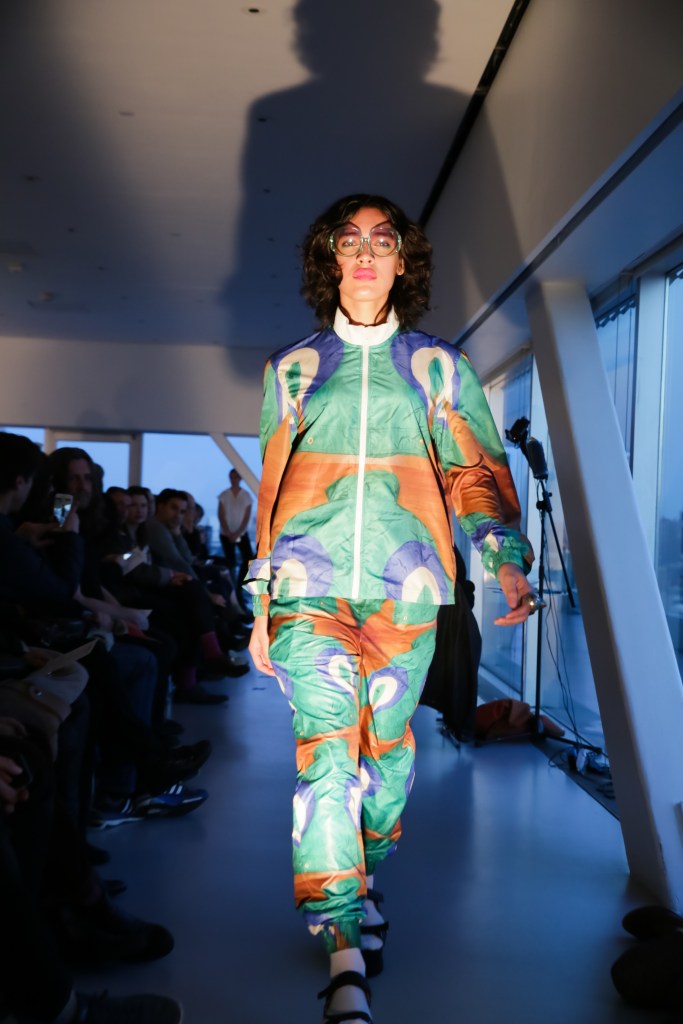 Cheryl Donegan received her B.F.A. in Painting at the Rhode Island School of Design and an M.F.A. at Hunter College in New York. Donegan’s work integrates the time-based, gestural forms of performance and video with forms such as painting, drawing, and installation. Direct, irreverent, and infused with an ironic eroticism, Donegan’s works put a subversive spin on issues relating to sex, gender, art-making and art history. Using her body as metaphor in her earlier works, Donegan’s performative actions before the camera often resulted in or related to process paintings and drawings. More recently, the paintings often lead the video work as Donegan derives abstraction from debased images of consumer objects and spaces. As critic Nick Stillman writes in Art Forum:
” Donegan’s recent work remains acidic, but it has turned abstract.” Donegan is currently the subject of mid-career survey, Scenes + Commercials at the New Museum, New York.(through April 10, 2016) Her video work will be presented this summer as part of the Art on the Highline program. Her work has been exhibited internationally including at the 1995 Whitney Biennial, The Museum of Modern Art, and the Tang Museum of Art; New York Film and Video Festival; 1993 Venice Biennale; and the Biennale d’Art Contemporain de Lyon, France. Donegan recently exhibited new work at Galerie Levy Delval,Brussels, Horse and Pony Fine Arts, Berlin and Sgorbati Projects, New York.Donegan was a faculty member in the Fine Arts Department at the School of Visual Art, New York from 1997-2013. She has been a frequent seminar leader and guest critic at Yale University, was a a faculty member at Skowhegan School of Drawing and Painting, Summer 2011 and a visiting artist/lecturer at numerous art programs in the United States. She lives in New York with her two sons and husband, writer Kenneth Goldsmith.