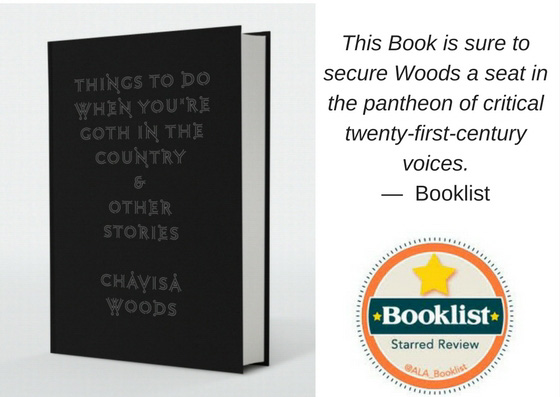 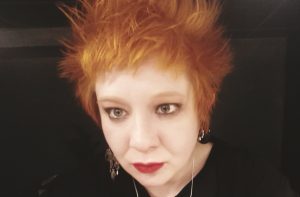 Chavisa was interviewed previously this year abut her recent book, and that interview is here.

Chavisa Woods is the author of three books o fiction: “Things to Do when You’re Goth in the Country” (short fiction, 224 pages), 2017; “The Albino Album,” a novel, (550 pages) Seven Stories Press, 2013; and Love Does Not Make Me Gentle or Kind” full-length fiction (Fly by Night Press, 2009). The Second Edition of this book was released by Autonomedia Press under the Unbearables imprint in 2013.

Woods was the recipient of the 2013 Cobalt Prize for fiction and was a finalist (second nomination) for the 2013 Lambda Literary Award for fiction.

Woods has appeared as a featured author at such notable venues as The Whitney Museum of American Art, City Lights Bookstore, Town Hall Seattle, The Brecht Forum, The Cervantes Institute, and St. Mark’s Poetry Project. Her writing has appeared in such publications as The Evergreen Review, New York Quarterly, The Brooklyn Rail, Cleaver Magazine, and Jadaliyya. Woods was the recipient of the 2009 Jerome Foundation award for emerging authors, and is currently completing her third work of full-length fiction.