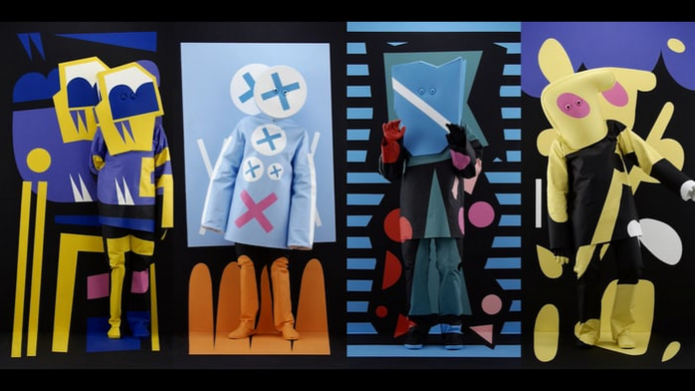 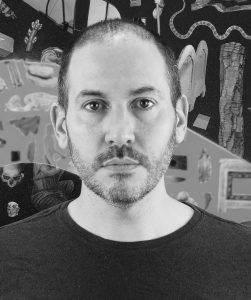 Brian Bress, a Los Angeles based artist and filmmaker, creates absurd, circularly narrative films driven by the circumstances of a bizarre cast of ridiculously costumed characters, more often than not played by Bress himself. Though they rely predominantly on homemade props and costumes, Bress’s videos are visually innovative and their inherent silliness and rambling pace only serve to intensify the examination of assumptions about the nature of reality. He is also known for his collage-like portraits that feature costumed actors wearing strange masks that obscure their faces. By disguising the identities of the sitters, Bress heightens the level of uncertainty in the work to humorous levels.

Brian Bress received a BFA from Rhode Island School of Design and a MFA from University of California, Los Angeles. His collages, photographs, videos and paintings have been exhibited in various group shows and film festivals in Los Angeles, Chicago and New York, including Spike and Mike’s Festival of Animation, Black Maria Film Festival, New York Director’s Club Biennial and The LA Weekly Biennial. Current and upcoming solo exhibitions include a ten year retrospective at the Utah Museum of Fine Arts, Salt Lake City and the Museum of Contemporary Art Denver in 2016. Bress has recently had solo exhibitions and projects at the Los Angeles County Museum of Art, CA; Museo d’arte contemporanea, Rome, Italy; Santa Barbara Museum of Art, CA; and New Museum, New York, NY. Brian is represented by Cherry and Martin, Los Angeles and Josh Lilley Gallery, London.

The books mentioned in the interview are The Life-Changing Magic of Tidying Up: The Japanese Art of Decluttering and Organizing and Alien Phenomenology, or What It’s Like to Be a Thing.