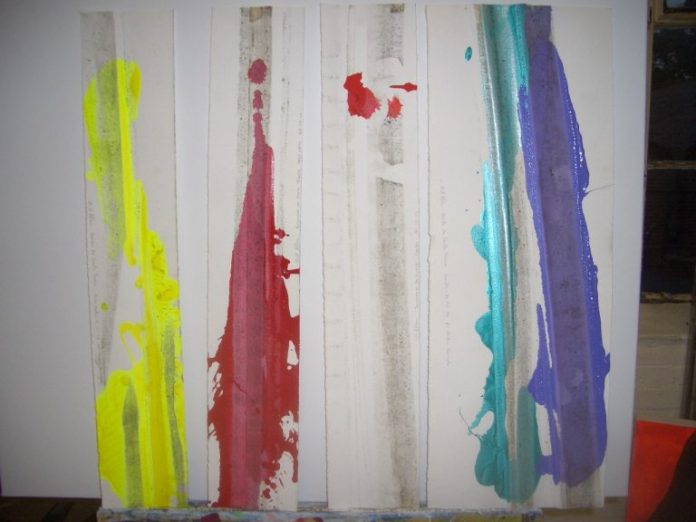 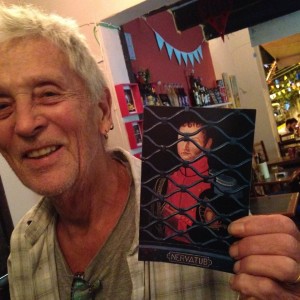 It was after relocating to London from Sydney Australia in the early 70’s that Bill Allen Allen began making art full time. It was ten years after that, when as a member of Brent Artist’s Register (BAR), he was invited to have his first solo show at the Tricycle Gallery in North London. In 1984 when BAR was offered a space in Willesden Library, to be known as “The Artist’s Gallery”, he was a full time member of the team managing the exhibition program, running workshops and outreach for adults and children, organizing shows for BAR members at the London Artist’s Book, and Participation in ‘Artists’ Concept Book’ European Touring Exhibition for Produzione Editoriali Aprile S.P.A.

In 2000 he was invited to co-curate with Toby Penrose curate an evening of performance and visual art at the 291 gallery which they named Londonesian. 2001 saw him participating in ‘Rio Trajectorias’, Museum of Modern Art and Funate in Rio de Janeiro.

By 2002 Bill was asked to curate a complete program of events again at the 291 Gallery. also in that yearn he was one of the inaugurating artists at Area 10 in Peckham, South London where he participated in events up to 2007.

2003 saw him in Berlin instigating and curating “Changing Channels” , directed by Marianne Wagner-Simon. This was a three week long series of exhibitions and performances in venues and galleries across the city. In 2005 Lowell Darling and Bill Allen instigated “The Bayennale” in the San Francisco Bay Area with the help of a small grant from the Oakland Port Authority and under the direction of Elisabeth Beaird. A full description is available here.

While in Berlin in 2003 he realized that it might be possible to make prints under wheels the street cars which passed the building where he was living. This led to a series of prints made in Rio de Janeiro, San Francisco, Sofia, which became part of ‘The Bayennale” event and can be seen in the short film “Tramprints”.

After the storms devastated NOLA in 2005 Bill joined with a group of other Bay Area and New Orleans artists to collect and transport relief supplies to the Big Easy there linking up with Rahim Malick of Common Ground Relief to distribute and assist people returning to their devastated homes. After making contact with the Tribal Chief of Isle de Jean Charles we visited the community bearing relief supplies. Also reconstructing a destroyed bridge restoring access to those stranded across the bayou.

In 2006 my proposal to bring one of those devastated houses from NOLA to the “Shelter” exhibition at the Contemporary Art Institute of Detroit (CAID) was accepted. Unluckily, despite my working on it for several months it was destined not to be realizable.

In 2007 Marianne Wagner-Simon and I were invited to give talk at NYU entitled “Artist Driven International Art Events and Independent Art Shows” at the Arts in Society Symposium.

During the new century he has exhibited or performed in Brasil, Berlin, Bulgaria, Copenhagen, USA, Uruguay, Mexico City, Helsinki, Italy, Istanbul, and Dubai and more.

Scheduled exhibitions in 2016 are in Florianópolis in southern of Brasil and in the south of France. He currently lives and works in Rio de Janeiro where he wonders “Can indolence be art?”