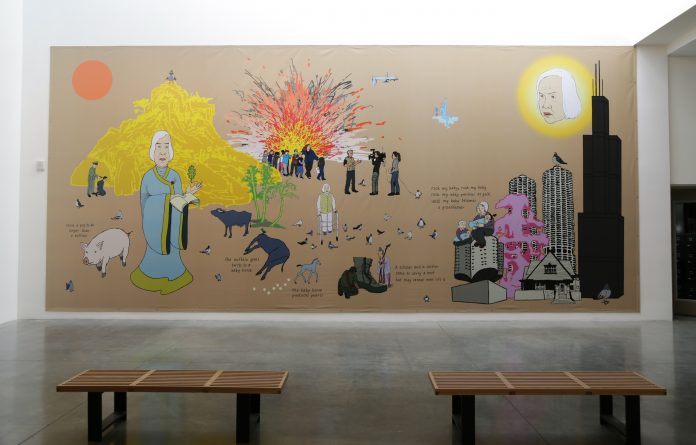 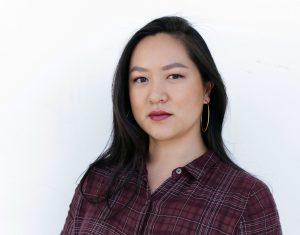 Audrey Chan (b. 1982, Chicago, Illinois) is a Los Angeles-based artist, writer, and educator whose research-based projects articulate political and cultural identities through allegorical narrative and the feminist construct of “the personal is political.” Chan’s projects include paintings, digital compositions, videos, and performances. She received a BA from Swarthmore College and an MFA from California Institute of the Arts. She has been a visiting faculty at California Institute of the Arts and worked in the education departments of the New Museum, Museum of Modern Art, and the J. Paul Getty Museum. Chan has been commissioned by Metro Art to create a public artwork for the new Regional Connector subway station in the historic Little Tokyo neighborhood of Downtown Los Angeles, scheduled to open in 2021.

Since 2005, Chan has collaborated with Elana Mann as the feminist duo Chan & Mann. Their performances and projects have been presented at the Museum of Contemporary Art San Diego, Luxun Academy of Art, Pacific Standard Time Performance Festival, Ben Maltz Gallery at Otis College of Art and Design, and Elephant Art Space. Chan & Mann were part of the team organizing Exquisite Acts & Everyday Rebellions: 2007 CalArts Feminist Art Project and they co-organized Shares & Stakeholders: The Feminist Art Project Day of Panels at the 100th Annual College Art Association Conference in Los Angeles in 2012.

Chan’s essays and artist interviews have appeared in Afterall Journal, Afterall Online, East of Borneo, …might be good, Art21 Blog, and the Getty Iris blog. In 2009, she was an artist-in-residence at the École Régionale des Beaux-arts de Nantes in France. Her first book, Conseil juridique et artistique / Legal and Artistic Counsel (2011) explored the promiscuous relationship between contemporary art and politics in French law. Chan is currently co-editor of the zine, Would Be Saboteurs Take Heed, which centers the voices of AAPI (Asian American and Pacific Islander) artists and writers.

The books mentioned in this interview are Jeff Chang’s Who We Be: The Colorization of America and We Gon’ Be Alright: Notes on Race and Resegregation, as well as the online archive of Gidra newspaper.

Chinatown Abecedario: A Folk Taxonomy of L.A.’s Chinatown from Audrey Chan on Vimeo.