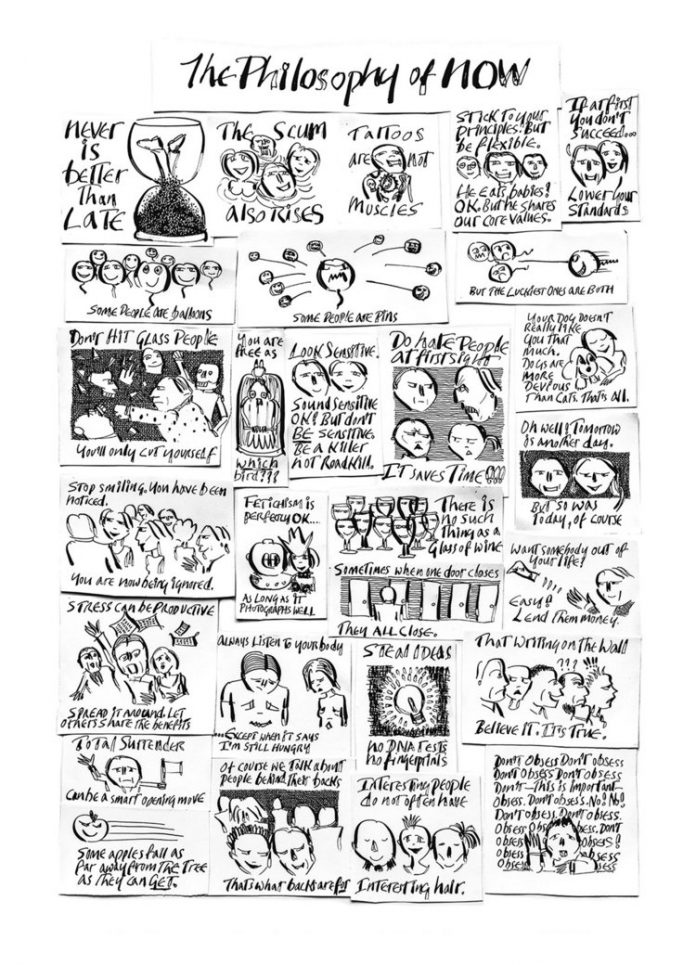 Anthony Haden-Guest is a writer, reporter and cartoonist. He was born in Paris, grew up in London and has long lived in New York. He won a New York Emmy for writing and narrating a PBS program about the coming of the affluent immigrants – aka Eurotrash – to Manhattan.

His books include The Paradise Program (William Morrow), Bad Dreams (Macmillan); True Colors: The Real Life of the Art World (Grove Atlantic); The Last Party: Studio 54, Disco and the Culture of the Night (Morrow). He has published two books of cartoons and verse, The Chronicles of Now and In The Mean Time, and his cartoons have been shown at many venues including Deitch Projects in New York and Manolis Projects in Miami. He is curating a show which will open in New York at a date to be announced. The Further Chronicles of Now, a CD of Haden-Guest reading his verse, produced by Keith Patchel, can be found on his website, TheRealAnthonyHadenGuest, as can some essential teeshirts.