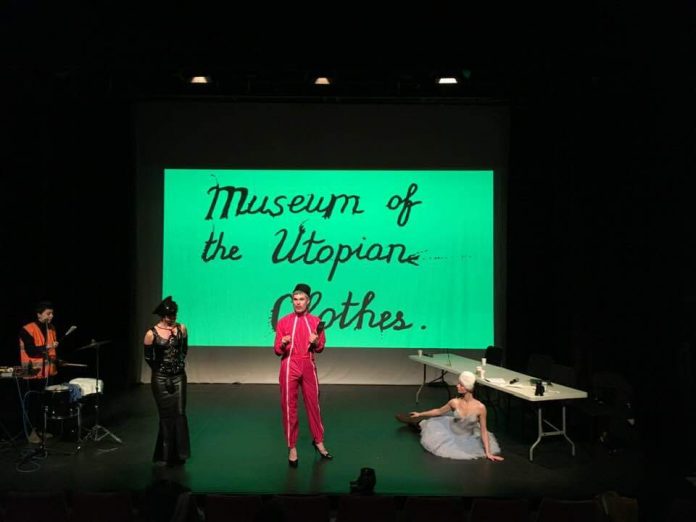 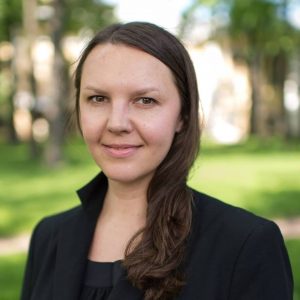 Anna Bitkina is an independent curator, director, and co-founder of The Creative Association of Curators TOK, an art organization founded in 2010 with Maria Veits.

Anna lives and works between St Petersburg and The Netherlands, and she curates projects in Russia and different countries in Europe as well as in the US. She sees the curatorial practice as a multidisciplinary process that connects theory, science, philosophy, and politics in order to generate knowledge about the contemporary reality where art has an ability to articulate socio-political conditions and foster social changes.

Her curatorial research often lay between historical analysis and the political imaginary where she combines her cultural background with current life experience. In her practice, Anna explores post-Soviet conditions in contemporary Russia and remnants of Soviet history in different social spheres like public space, local governance, educational and youth policies, media landscape. She is also interested in local and global implications caused by the accelerated capitalism in the region. An ongoing public art project ‘Critical Mass’ that she initiated and curates in St Petersburg since 2010 became a platform for conducting such research and developing knowledge on post-socialist conditions. The project is divided into seasons with a focus on different problematics. Four last seasons were conducted in 2011, 2013, 2015 and in 2016-2017.

Development of speculative scenarios about possible political horizons in Russia and in the world have been central interests for her projects and projects of TOK. ‘Design Platform’ (2012-2014) and ‘School Museum: Creating History Together’ (2014-2017) conducted in one of the schools in St Petersburg aim at researching pedagogic conditions of the Russian system of education, its spatial and architectural structures and governmental strategies in shaping young citizens.

Such projects by TOK like ‘Propaganda News Machine: Creating Multiple Realities in the Media’ (2016, Flux Gallery, New York City) and  ‘States of Control’ (2017, HIAP Gallery, Helsinki) and aim at stimulating critical thinking around the topics of information manipulation, the history of propaganda, post-truth and constructing news during times of political unrest. ‘States of Control’ is scheduled to be presented at the Weisman Museum of Art in Minneapolis in March 2020.

A research-based project ‘The Russian Bar: Why Relocate? New approaches to neighborliness and interchange’ (2018-2019, series of events in various locations in Helsinki) is analyzing the conditions of global migration with a close focus on the ‘new wave’ of emigration of Russians to Finland that is since 2011 was formed due to radical changes of the political situation in Russia.

In 2014 Anna was a local contributor for the public program of Manifesta 10 with Jeremy Deller’s project ‘The Battle of Orgreave’ and with a new performance ‘Debates on Division: When the Private Becomes Public’ by artist Gluklya (Natalya Pershina-Yakimanskaya). During 2015-2019 the performance ‘Debates on Division’ was conducted at Stedelijk Museum Amsterdam – SMBA, at the Creative Time Summit in Washington DC at the Lincoln Theater and at RAM Gallery and Deichmanske Bibliotek in Grünerløkka in Oslo. In March 2019 the project was presented for the 5th time in the Center for Fine Arts BOZAR.

Anna was a research fellow of the Alexander von Humboldt Foundation in Berlin in 2013 -2014 and a finalist of the EUNIC competition for Russian curators with a curatorial placement in London at Artangel in 2014. Among other projects she curated are exhibitions for the 3 Moscow Biennale of Contemporary Art (2009) and for the 2 Moscow International Biennale for Young Art. She also was an initiator and co-curator of a major exhibition in Russia of artists from Nordiс region: ‘Nordic Art Today: Conceptual Debts, Broken Dreams, New Horizons’ (2011, St Petersburg), co-curated with Kari Brandtzaeg, Birta Gudjonsdottir, Power Ekroth, Aura Seikkula and Simon Sheikh. She co-curated with Ryszard W Kluszczyński and Sinziana Ravini the ‘United States of Europe’ (2011-2013), an exhibition about European identity that traveled to 10 different locations in Europe, ‘Towards the Other’ with the participation of Mieke Bal and “Chto Delat?” (2011, St Petersburg).