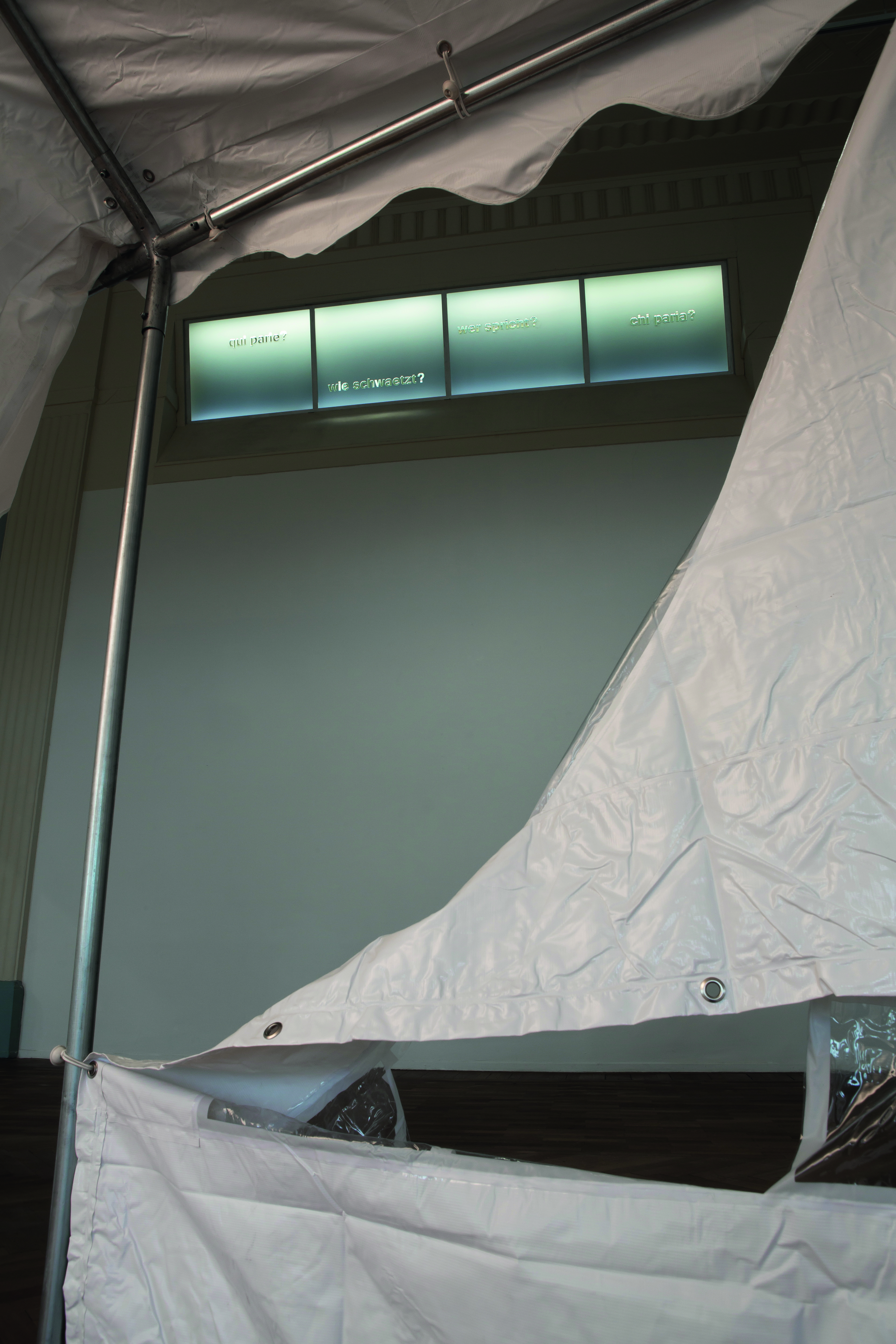 Andrea van der Straeten grew up in Germany. She completed her studies in German Literature and Political Sciences in Marburg near Frankfurt as well as studies in Visual Communication at the University of Fine Arts Hamburg, where at the same time she has been a cofounder of Bildwechsel, Europe’s first feminist media center, based in Hamburg.

She lives and works in Vienna, Austria since a postgraduate year in the masterclass of Maria Lassnig at the University of Applied Arts Vienna.

Since 2002 she is a professor and head of the department for Experimental Art at the University of Art and Industrial Design in Linz.

Her work has been concerned with films, installations, drawings, photographs and objects which are located at various points on the interfaces of the different mediums. The artist repeatedly pursues her concepts as a systemic intervention and in doing so analyses mediums such as film and photography along with processes, procedures and the functional connections in art itself. In 2012/13 two exhibitions, titled [as if] at Landesgalerie Linz and Casino-forum d’art contemporain in Luxemburg proved to be the most comprehensive overview dealing with the artist’s oeuvre.

In many of her works as: telephone sem fio: word-things of augusto de campos revisited, a show by The Elizabeth Foundation for the Arts & Telephone in NYC in 2011, or the collaborative work Quasi-zwei with the Brazilian composer Fernando Riederer she combines her interest in literature with a visual vocabulary and an experimental technical approach. In Making History – remagined, a commissioned work by CCS Bard for a show with the same title, she re-enacted and re-interpreted an exhibition by Renée Green and Sam Durand that had taken place in the same gallery exactly 10 years earlier. Following her interest in rhetoric she used quotations from poems by women in the Weather Underground Organization in the 1960s and 1970s in the US for a series of laser cuts on paper, that combine aesthetically striking colors and materials with the aggressive power of assaulting language and bullet holes.

Her research on the linguistic, political and social aspects of the so called rumor-clinics in the US – published in: springerin – Hefte für Gegenwartskunst in 2001as well as a most recent project where she collected curses for a video work You Lamp! You Towel! You Plate! in Venice in 2013 show a specific approach: She repeatedly pursues her concept for a work by referring to a story, which becomes manifest at particular points in history. The referential space here is defined as a broad spectrum that includes women’s and gender issues, biographical moments and political events as well as local and literary sources, and extends to the history of art and institutions. This referencing and artistic re-working of reference material takes the form of deconstructing history as a fixed narrative form.

The artist proves to employ a particular precision in her choice of subject matter in this field and be sensitive to connections and contexts.

Her work is held in various private and public collections in Europe. Main parts of Making History – reimagined can be found in the collection of Generali Foundation, [as if], a synchronized two-channel video installation, that develops its own grammar, syntax and semantics by linking the personal narrations of two women speaking in sign language with fragments from Ludwig Wittgenstein’s philosophical investigations and texts by the artist herself, has recently been purchased by Mudam Luxembourg – Musée d’Art Moderne Grand-Duc Jean.