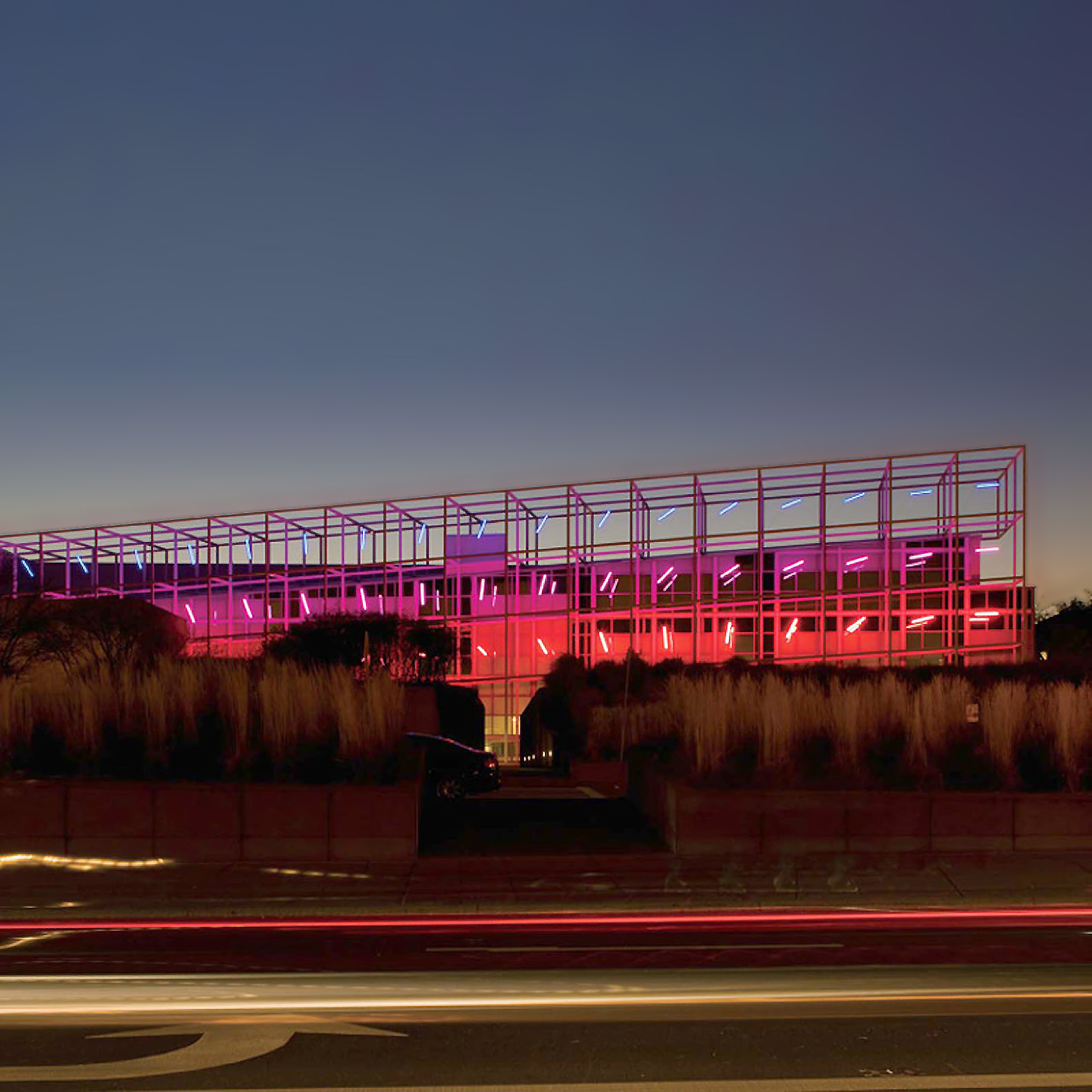 Erwin Redl investigates the process of “reverse engineering” by (re-)translating the abstract aesthetic language of virtual reality and 3D computer modeling back into architectural environments by means of large scale light installations. After studying Music Composition and Electronic Music at the Vienna Music Academy he was awarded a Fulbright Scholarship for graduate studies in Computer Art at School of Visual Arts in New York in 1993. The artist lived in New York from 1993-2007 and moved to rural Ohio in 2007. He manages a 9000 squ.ft. production facility with several studio assistants and technicians.

The artist’s work was featured in the 2002 Whitney Biennial, covering the Whitney Museum’s facade with a three multi-color LED veils. In 2008 Erwin Redl created a sound and light installation for the Austrian Pavilion at the World Expo in Zaragoza, Spain. The Pacific Design Center’s new Red Building by Cesar Pelli features four permanent installations by the artist completed in 2013. Erwin Redl’s largest work to date is a computer-controlled 580 ft long outdoor LED-installation at the Wexner Center for the Arts in Columbus, OH completed in November 2010.

His work is collected by prestigious national and international institutions, among them the Whitney Museum of American Art New York, the Museum of Contemporary Art San Diego and the Milwaukee Art Museum as well as by prominent private collectors.

Erwin Redl lives and works in Bowling Green, OH and New York. His website can be seen here.