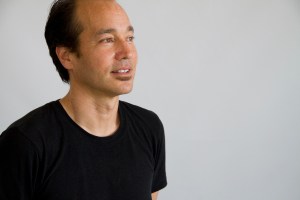 Shingo Francis is an artist and painter who employ a minimal and abstract approach to his work to explore color, time and expanse. He has a keen appreciation for how these elements shape our perceptions.

Shingo Francis grew up between California and Japan, two locations that inform his work and practice. Through the process of compositional reduction and color as space Francis created a series of paintings titled “Blue’s Silence” with simple two tones in blue. These paintings subsequently evolved into a new series of paintings titles “Infinite Space” with an overall monochrome color as space with a simple composition with one line towards the bottom signifying an attention to presence. The central color is autonomous due to the refined composition dissipating both at the top and bottom of the canvas revealing a subtle motion of transparent layers. Both series of paintings produce a sense of silence and space with experiences of shifts in tone and complimentary juxtaposition of color.

A recent series of paintings titled “interference” utilize a material with small particles cut in an angle to reflect a specific spectrum of color. There is no pigment such as cobalt or cadmium but only color from the color spectrum of light similar to how a rainbow reveals color through the refraction of light in rain droplets. Yet there is an opposing color as well to each refracted color, therefore the painting will shift between two complimentary colors. For example, if the light reflects the color green, it will also be the color magenta when the light is not reflecting back but looked in ambient light. Besides the interesting mechanics of these paintings, the square composition is symmetrical and produces a space to project and hold ones attention or presence. The ever-changing phenomena of these paintings reflect the cyclical nature of time and how our bodies move through space.

Shingo Francis also works on large scale drawing installations, he paints on a large roll of watercolor paper which is suspended from the ceiling in a semicircle allowing the viewer to be subsumed by the curvature of the paper and image.

Francis’s work has been exhibited in Japan, United States, Germany, South Korea, and Switzerland. He has been included in museums shows at the Kawamura Memorial DIC Museum of Art, Sezon Museum of Modern Art, Ichihara Lakeside Museum and the Martin Museum of Art. He received the Fumio Nanjo Award in Tokyo, and is represented by MISA SHIN GALLERY and William Turner Gallery.

The book mentioned in our interview is Interaction of Color by Josef Albers.