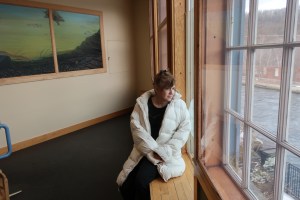 Two-time Emmy Award winner Patricia Lee Stotter composes and writes for film, theatre and television. From SESAME STREET to HBO/PBS documentary films, from independent features to plays and musicals, Stotter is all about the right voice at the right time.

Her engagement in veteran issues shows in the films she has both produced and composed music for (and which have been screened on the Hill). Awards: Emmy Awards (two wins, five nominations); American Cine Eagle; Apple Award; Shining Service World Wide Award; Silver Star Award from the Volunteers of America.

The book mentioned in the interview is Apeirogon: A Novel.