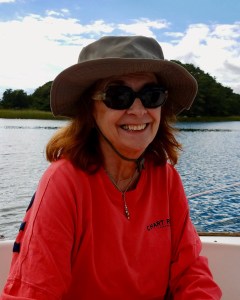 Elaine A. King was born in Oak, Park, Illinois and grew up in the Chicago area.  She was a Professor, at Carnegie Mellon University teaching the History of Art/Theory/Museum Studies.  King received an interdisciplinary Ph.D. from Northwestern University in 1986 from the School of Speech (Theory and Culture) and History of Art. Dr. King holds a joint Masters Degree in Art History and Public Policy, from Northern Illinois University and her B.A. was awarded from Northern Illinois University in Art History and American History [Pre-Law]. In 2002 she received a Certificate of Fine Arts and Decorative Arts Appraisal New York University.  In May 2011 she was invited to become a member of the National Press Club in Washington, DC. 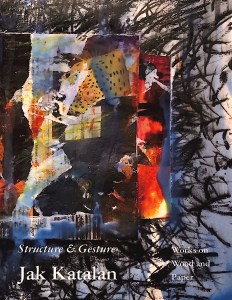 She is a freelance critic who frequently writes for Sculpture, ARTES, Grapheion and sometimes for Pittsburgh Post Gazette, and the Washington Post.

Dr. King served as the Executive Director and Curator of the Carnegie Mellon Art Gallery [1985-1991, and was the Executive Director and Chief Curator of the Contemporary Arts Center in Cincinnati, [1993-1995] following the Robert Mapplethorpe debacle. Throughout her career as a curator she organized over forty-five art exhibitions, including a wide range of one-person exhibitions and catalogues for artists, Barry Le Va, Martin Puryear, Tishan Hsu, Gordan Matta-Clark, Elizabeth Murray, Mel Bochner, Nancy Spero, Robert Wilson, David Humphrey, and Martha Rosler. In addition, she has curated a wide range of group exhibitions including Light Into Art: Photography to Virtual Reality, New Generations, New York, Chicago, The Figure As Fiction, Abstraction Today, Drawing in the Eighties, and Art In the Age of Information. In February 2007 she was the guest curator for the Maria Mater O’Neill mid-career survey exhibition for the Museo of Art Puerto Rico, San Juan that opened in February 2007 and compiled a catalogue titled Artist Interrupted, 1986-2006.  In the fall of 2009 she was a guest curator at the Mattress Factory, in Pittsburgh for the exhibition titled Likeness: Transformation of Portrayal After Warhol’s Legacy. King has been the guest curator several times for the Hungarian Graphic Arts Biennial in Gyór between 1993-2005. The International Studies Art Program American University’s selected her to be the distinguished Art Historian/Critic in-residence to teach in Corciano, Italy, in the fall 2006.  Additionally Elaine King and Kim Levin were asked to nominate artists for the Venice Biennale. 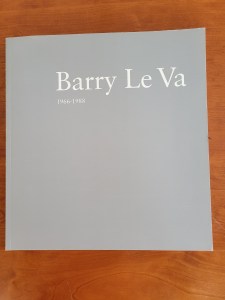 She has been awarded numerous grants from diverse agencies including: United States Office of Information –Curatorial Grant for the American Section of the Master of Graphic Arts Biennial, Györ Hungary [shipping] Pennsylvania Arts Council Grant, Art Criticism Fellowship, The Trust for Mutual Understanding, Rockefeller Foundation, (research in Slovakia) The National Endowment for the Arts (In 1989,1988,1985, 1983) Museum s/catalogues, Hillman Foundation, Warhol Foundation, Richard K. Mellon Foundation Grant, French International Fund from Artists’ Action, for the Michel Gerard exhibit, American Association of Museums, Award of Merit for the Tishan Hsu catalogue Award of Distinction, American Association of Museums for the Mel Bochner catalogue. She was awarded an IREX grant to do research in Prague on changes in contemporary art after the fall of the wall. King was part of a panel discussion on Censorship and the Culture Wars at the Ann Arbor Film Festival and a reviewer for Bullfrog Films.

Currently Elaine King is working on an anthology of her writings that will be divided into four sections— Interviews, Talks, Review and Papers.  Hopefully within 1.5 years this volume will be published.