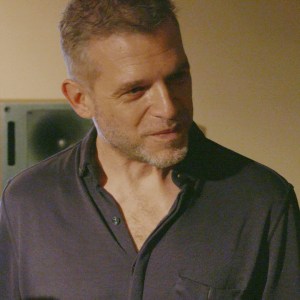 Claudio Zulian is a visual and sound artist, film director, writer and musician. He holds a PhD in Aesthetics, Science and Technology of the Arts from the University of Paris-Saint Denis (France). He is a resident in Barcelona (Spain).

Many of Claudio Zulian’s works are articulated around the notions of body and territory, often ironically dialectised. An example of this is one of his latest works Vallès: making pasts, making futures, a series of video installations whose exhibition was on view at La Virreina Centre de la Imatge in Barcelona  in 2019, curated by Valentín Roma. Another example of the study of these concepts was the exhibition Double Self-Portrait (2019), at the Espai Souvenir gallery in Barcelona. Previously, these themes had given rise to other works such as those included in the exhibition Enthusiasm (2012) at the Bòlit Centre d’Art in Girona and in ACVic or Political Poetics (2008) at CaixaForum in Barcelona.

Complementing these two notions, another of the central issues in his works is history. Stories of the Future was the title chosen by the Jeu de Paume in Paris for the retrospective held in October 2013, which included pieces such as Power no Power (2013), L’Avenir (2004) and Panamamundi (2006).

In 2010 he received the City of Barcelona Award and the National Film Culture Award for his video installation, film and book A través del Carmel (The shifting city) – an intimate portrait of the eponymous Barcelona neighbourhood, shot in a single 90-minute sequence shot.

He has carried out an intense work as a composer and performer of contemporary music.

He regularly publishes articles in newspapers and magazines, many of which can be read on his blog.