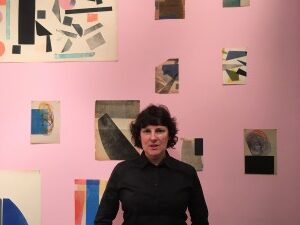 Austin Thomas is an artist, curator, and community builder and is currently the exhibitions manager at FIT. A graduate of NYU, she has received numerous residencies and fellowships, including Wave Hill, Guttenberg Arts, The Elizabeth Foundation for the Arts, and Smack Mellon. From 2007 to 2014, she directed the influential Pocket Utopia gallery. In 2016, New York City unveiled her permanent public sculpture for a new park in Brooklyn. She has also done public commissions for the Public Art Fund and Grinnell College. Thomas’s work is in the book Living and Sustaining a Creative Life: Essays by 40 Working Artists and its sequel, The Artist as Culture Producer: Living and Sustaining a Creative Life, edited by Sharon Louden. In addition, Thomas’s work has been shown nationally and internationally and written about in the New York Times, New Yorker, Art in American, The Brooklyn Rail, The Paris Review, and Hyperallergic. She is a seminar instructor at the New School, where she teaches the “Artist as Entrepreneur. ” During the COVID shutdown, Thomas became a New York City history buff, walking her city and discovering it anew. She is a nature lover and enjoys nature writing, most recently reading Visualizing Nature, Essays on Truth, Spirit, and Philosophy edited by Stuart Kestenbaum.