Jenny Marketou born and raised in Athens ,Greece is a New York-based interdisciplinary artist, art educator , author and activist.After graduating with a Bachelors Degree   in Comparative Greek and English Literature at the Greek Kapodistrian University in Athens she moved to New York in 1986 to study art. She is a graduate from Pratt Institute in Brooklyn where she created an interdisciplinary degree working in video, photography ,socially engaged projects and critical thinking and where she received a Master in Fine Arts. Her thesis project is a published book titled The Great Longing ;The Greek of Astoria , (English & Greek ) Kedros Publishers which combines her photographs with short personal stories that she was able to record from first generation Greek Immigrants community who made their home Astoria ,Queens.

She has taught at Cooper Union School of Art in New York and from 2015-2016 at the Media and Photography Dept at California Institute for the Arts, (CalArts) Valencia, California. During the spring semester 2017 she will be teaching as a visiting artist at the School of Fine Arts (ASFA) in Athens ,Greece.

She cofounded the art collective “Workshopping the Unruly” based in New York City from 2011 to 2013. and she has served at the Services for Arts Committee (SAC) at International College Arts Association Conference (CAA) where she has been curating the program at the Media Lounge/Arts Space from 2014 till present.

Marketou contributed a chapter to Living and Sustaining a Creative Life : Essays by 40 Working Artists , 2013 published by Intellect (amazon, library).The book brought together forty essays by working artists, each sharing their own story of how to sustain a creative practice that contributes to the ongoing dialogue in contemporary art.

Marketou’s art practice and activities range widely—from video works, public performances to artist retreats; from sculptures, installations, and books to interactive websites ; and from live-stream events to numerous collaborative projects. Marketou’s site-specific interventions and research projects aesthetically respond to the social, political and cultural history of their sites, gathering materials, people, actions, objects, information, and geography to reconstruct “the landscape” generated by its inherent conflicts, questioning the strategies of power imposed upon them. For the last four years, she has organized annual, weeklong gatherings and workshops and round table discussions to explore knowledge connected to spatial experience and to the commons through commoning.She defines herself as an initiator and often collaborates with multiple institutions as well as many individuals so that the full realization of her artwork occurs when others adopt and perpetuate it.

Marketou considers teaching as an activity which is an extension of her work and she believes there are no hard lines between her artistic practice, her research ,writing, or her teaching or political activism .For her, being a Greek who is living in the US the EU (and worldwide) economic crisis and the situation in her home country are a special point of interest. Her dual citizenship gives her the opportunity to experience the world continuously from different perspectives. The opportunity through her work to travel to different locations around the world and to engage to negotiate and to subordinates any pre-conceived notion of aesthetic or artistic strategies to the needs of the “here and now,” have been very essential in her art practice .

Marketou’s works and projects have been shown around the world at major museums, film festivals and biennials .She represented Greece at the Biennial of Sao Paolo in Brazil and Manifesta, International European Biennial at Withe de With, Rotterdam.

Her recent multifaceted project HOW Assemblies Matter?2014 – 2017 has been sponsored by OutSet/NEON in Athens and presented as part for the 6th Biennial of Athens ,Greece. It will be published in a book in collaboration by Naked Punch (London &New York) ,Spring 2017 . Her video THE CHOIR shot at the Saharawi refugee camps in Western Sahara was commissioned by the Greek Film Archive for Images of Crisis Festival ,(2015) ; her video FLOWS commissioned by the 1st International Biennial of Art in Cartagena des India in Colombia, (2014) which explores human voice and performance as tools for agency and resistance. Other commissions include “Uncommon/Commons at 4th Biennial of Athens, Greece (2013); Undoing Monuments (2013), sponsored by Goethe Institute and Benaki Museum Athens, Greece; “Looking Out of My Window” sponsored by Goethe Institut Ankara, Turkey (2012), “Sun spotting a Walking Forest” at the High Line Public Park commissioned by More Art in NYC (2012); “Paperophanies” a PRAXIS Project” ARTIUM Museum of Contemporary Art in Basque Country Vitoria, Spain (2011).

Jenny Marketou, The Assembly in No Particular Order, 2016 from Museum of Contemporary Cuts on Vimeo. 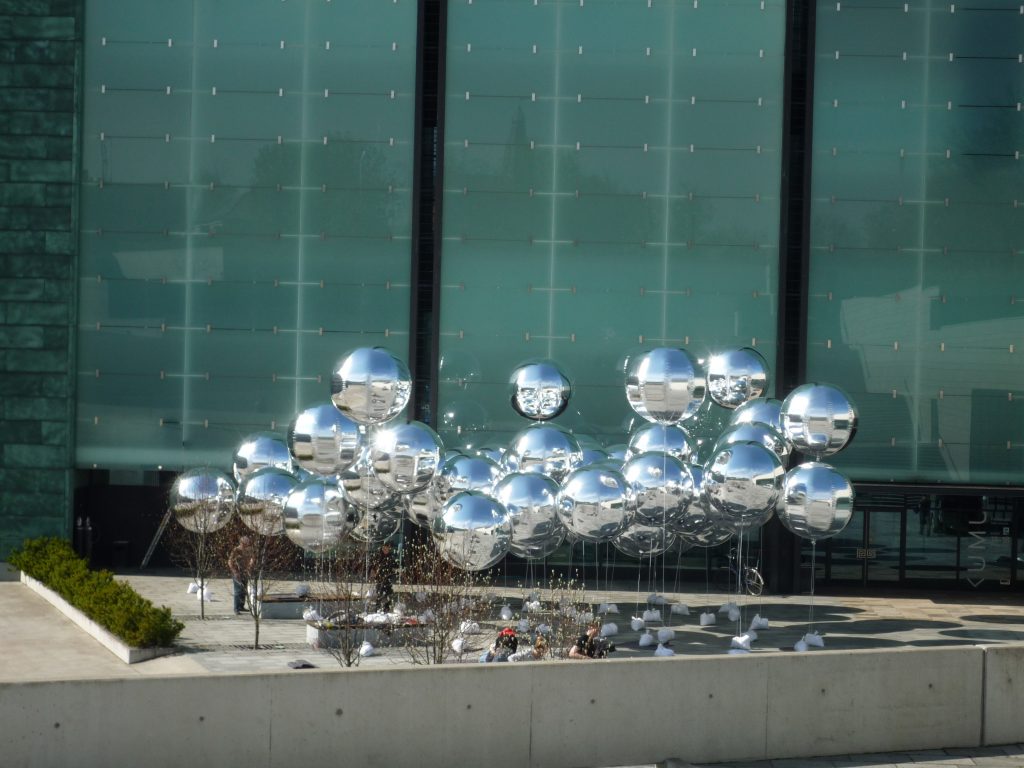 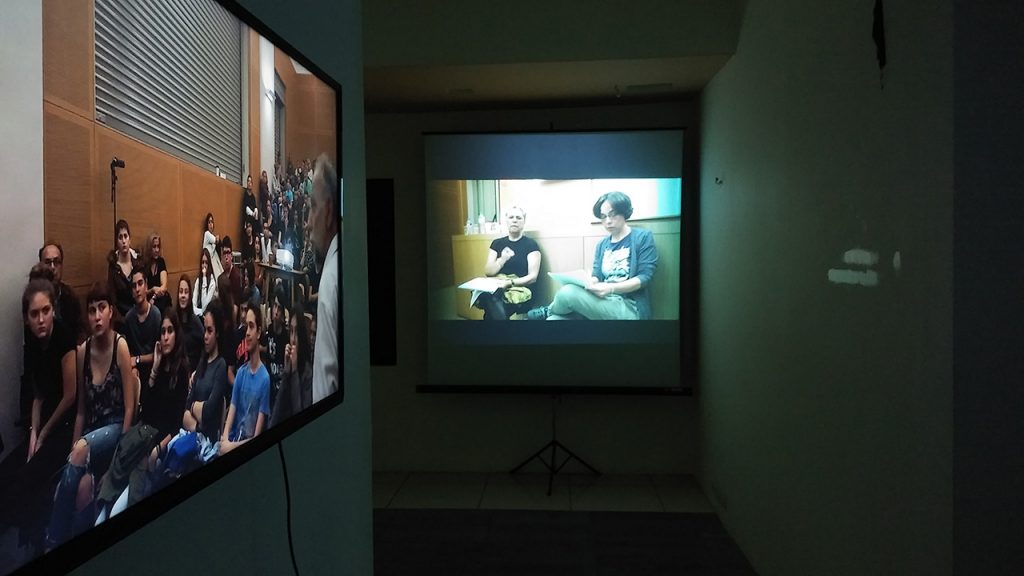 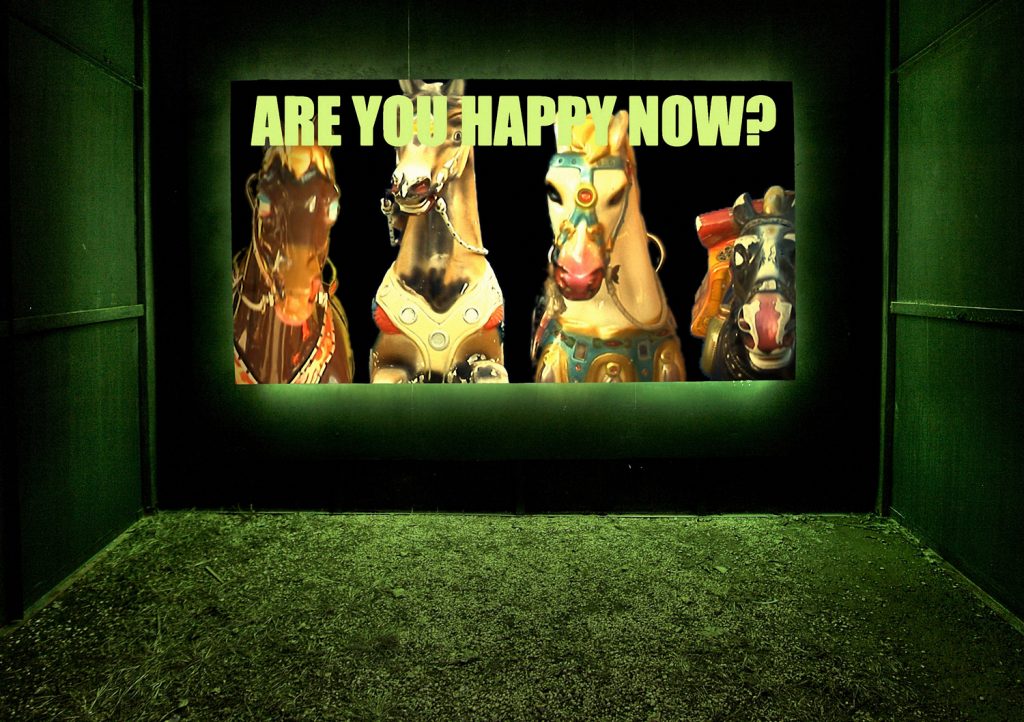