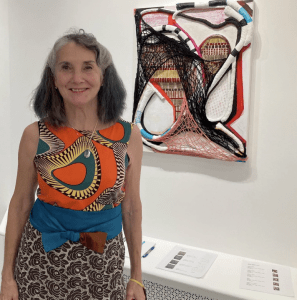 Susan Mastrangelo was born and raised in New York City and Washington D.C. She studied at the Kansas City Art Institute and the New York Studio School, and received her MFA from Boston University under the tutelage of Philip Guston. Based in New York since graduate school, she has shown nationally and internationally, and is a recipient of a Mercedes Matter Award, a Rockwell Grant and two grants from the Pollock Krasner Foundation. She has been a visiting artist at the American Academy in Rome, a guest at Civitella Raneri, and a resident at Yaddo, The Virginia Center for the Creative Arts, The Ragdale Foundation, The Triangle Workshop (as a student of Anthony Caro), and the Tyrone Guthrie Center. For 27 years she taught and chaired the Art Department at the Buckley School in New York City, and now works as a full time multidisciplinary artist at the Can Factory in Gowanus, Brooklyn.